How Does Pokemon Go Influence Marketing and Analytics? 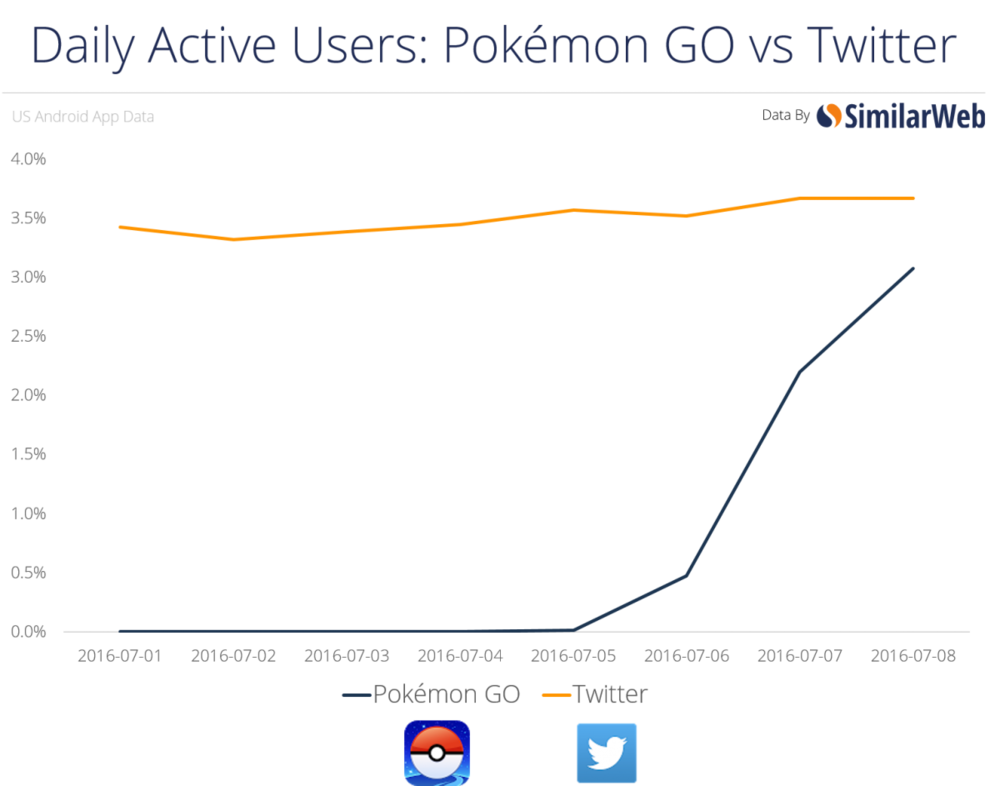 I am fascinated by the Pokemon Go phenomenon and am amazed by the success of a release of a game 5 days ago or so. According to Forbes, Pokemon Go is on pace to surpass Twitter in daily active users. That’s huge!

When I was out running errands this weekend, shopkeepers told me they have seen more people out and about this weekend than ever. And as I made my way around various PokeStops around Liberty, Missouri, I noticed adults sheepishly using their phones in obvious “Pokebehavior”.

And last night, when walking my dog with my wife around the neighborhood we saw many zombie people “walking their phones”, staring at their screens intently. Normally we see maybe 4 people on a walk (with their dogs). Tonight, I think we saw 20 people or so (plus the 4 with dogs). We’re talking about huge changes in personal behavior. Very interesting.

So did the Tasty Thai restaurant in Liberty see a surge in sales this weekend since they are a PokeStop? There were certainly more people stopping by.  As mentioned in a Forbes article, will businesses attempt to lure customers in by attracting Pokemon?

I am intrigued by the opportuity to influence social behavior.  Just because a business is a PokeStop or a PokeGym, it will receive more walk-by traffic.  How much is that walk-by traffic worth?  I think it depends on the location.  For the local Capitol Federal Drive thru bank, I don’t see it helping much.  But for a frozen yoghurt shop, I think it could be huge.  Have a cool treat while you fill up on Pokemon supplies.

From my limited googling, I found that according to a Stackexchange article,

“Pokémon, GO’s database is based on Niantic’s portal database for Ingress, which is currently not receiving new requests for more locations….People might wonder how that database was created so as an addition to the answer: Portals for Ingress were created by the players themselves. They were asked to submit portals at locations that are significant landmarks, mostly cultural or artistic things. Niantic then reviewed these submissions and if they agreed that it was significant enough it became a portal.”

So how long until Niantic, The Pokemon Company, or whomever, starts selling the ability to be a PokeStop or PokeGym?  If the the ability to influence consumer behavior in this way seems icky to you, consider the role of coupons in American society.  Or for that matter advertisements on TV.  They all arean attempt to influence consumer behavior.  I’m not saying it’s right; it’s just not unprecedented.

From a business perspective I would be interested in how we measure the impact of Pokemon Go and the geospatial consequences.  This gets into mapping, and business intelligence, a particular interest of mine and my business.  This opens up the possibilities of gameification of business processes to more than just “silly awards for sales success”.  Now we are influencing behavior in a fun, engaging way.

If others have ideas, please comment and let me know.  Thanks for reading.